best 10 hacking and cybercrime movies ever

best 10 hacking and cybercrime movies ever 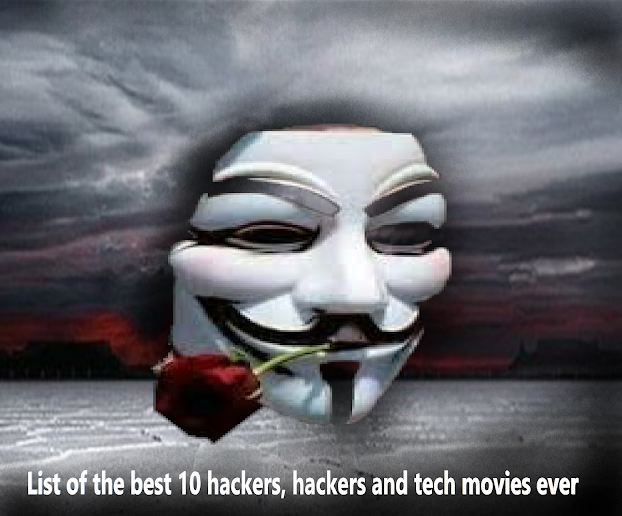 Today we will present to you the top 10 films about hacking and cybercrime, you will like it based on its evaluation in the international sites for evaluating films, for this we will review for you the best movies for hackers and the most enjoyable ones, in this topic my dear we will provide you with the best carefully selected package of the finest And the best films ever, so we hope you enjoy 😎 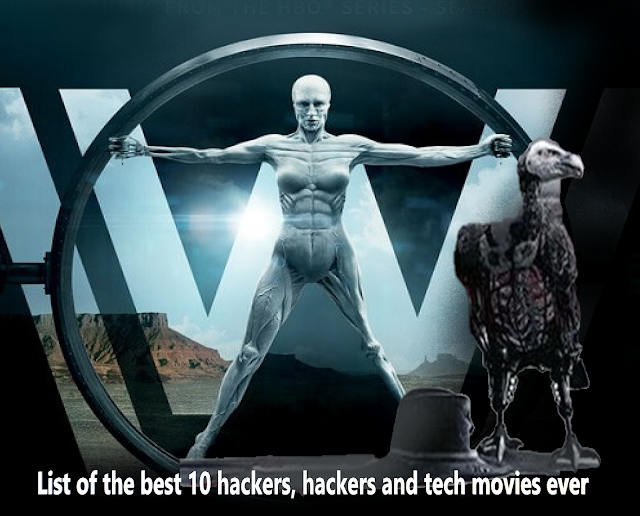 (English: West world) is an American science fiction movie, produced in 1973 and the remainder of the series production has continued until 2016 and is still continuing, and the film talks about the phenomenon of the robot series and one of the best series that you can ever see, a wonderful series Whether in terms of the story, acting and strange events as well, the story of the series revolves around a company that has built a complete city where the robots live called the West World or the western world, you will see people come from different parts of the earth to live their dreams with those machines to live their unique and different experience with it as it is They can play together and literally share life details so that they can kill them whenever they want, as if they were real human beings. The difference is that these machines were programmed to think and feel like human beings but they are not from blood and flesh like them exciting and exciting events continue, but some machines penetrated the programming system, so that the events of the film go in one direction Dangerous.
.
To see the movie trailer, click here
To see the movie, click here 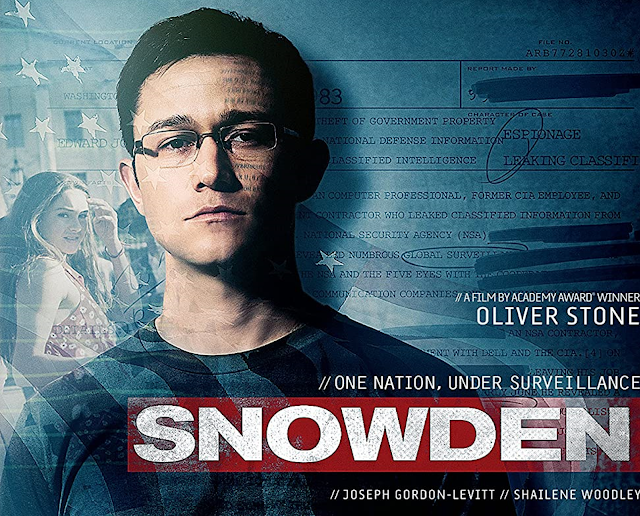 😍
Snowden movie synopsis
You may have heard about this movie but do you know what its story is? The film is one of the best biographical films that deals with hackers. It talks about the biography of Edward Snowden, a former employee of the National Security Agency “NSI”, but Edward was disappointed with his job, and he leaked some of the information that the National Security Agency used to “spy” on its citizens. .., but if you see Edward as a hero or a traitor, you should definitely give this wonderful movie a chance to watch.
About Snowden
Year of production: September 16, 2016
Rating: 7.3
Directed by: Oliver Stone
Film classification: Biography, Drama, Thriller, Action
Duration: 134 minutes
The film’s original language: English
Photography locations: Germany, Hong Kong, Munich, Bavaria
Screenplay: Kiran Fitzgerald
To see the movie trailer, click here
To see the movie, click here 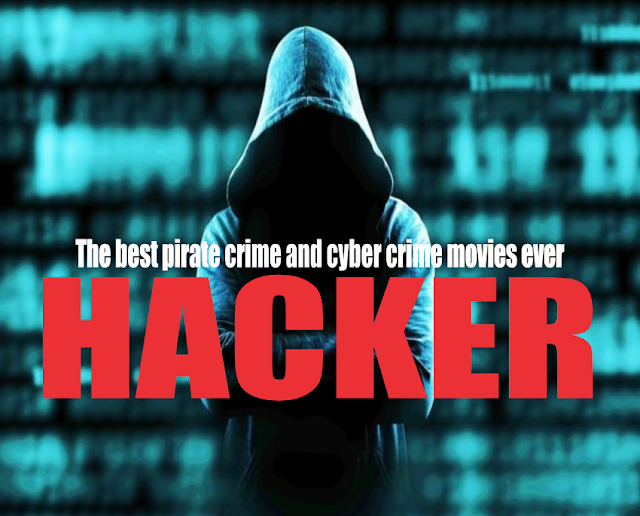 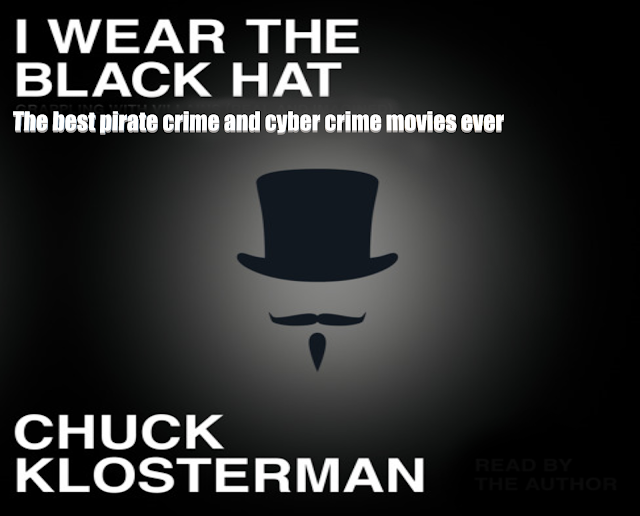 Black Hat movie
The film tells of a man named “Nick Hatway” who is sentenced to 13 years in prison for cyber piracy, asking both the American and Chinese authorities to help in the pursuit of a cyber criminal who heightens the risk of this criminal in terrorist operations around the world, which also makes it difficult to catch is that a trip This chase extends with them, accompanied by the released prisoner from “Chicago” to “Hong Kong”, and here begins Nick Hathaway’s fun and exciting adventure.
About the Black Hat movie
Year of production: January 16, 2015
Rating: 5.4
Directed by: Michael Mann
Film classification: Action, Thriller, Mystery, Crime
Show duration: 133 minutes
The film’s original language: English
Filming locations: Los Angeles, Hong Kong, Jakarta, Indonesia
Screenplay: Morgan Davis Bean, Michael Mann
Starring: Chris Hemsworth, Viola Davis, Holt McCallani, Lee Hom Wang
To see the movie trailer, click here
To see the movie, click here An Excerpt From (Who Am I)- Kein System ist sicher
The story of the movie begins with the wanted hacker “Benjamin Angel” who was living his hard childhood. His father deserted his mother before he was born and after that his mother committed suicide when he was eight years old and since his mother committed suicide he lived with his grandmother. Benjamin found his talent in cyber attacks and small penetrations In the virtual world where he feels that he has no value in the real world, and the famous hacker “MRX” was his great role model in the dark and hacking internet, which becomes chased by the police, and here begins Benjamin’s journey, which is full of excitement and suspense.
About Who Am I – Kein System ist sicher
Year of production: September 25, 2014
Rating: 7.6
Directed by: Baran Boo Oder
Film classification: Action, Thriller, Crime
Duration: 105 minutes
The original language of the film: German, English
Photography locations: Berlin
Screenplay: Baran Boo Oder
Casting: Tom Schelling, Elias Mubarak, Futan Falke Moring, Hannah Herzchbrung, Tren Derholm, Stefan Kampfert, Leonard Carew
To see the movie trailer, click here
To see the movie, click here 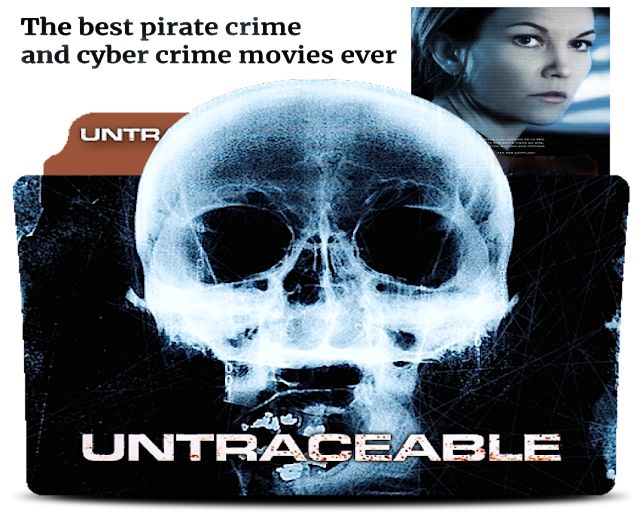 An excerpt from the Untraceable movie
The film revolves around the agent “Jennifer Marsh” who works in an elite branch of the “Federal Bureau of Investigation” devoted to fighting cybercrime, after several years of service Marsh believes that she has seen all the bad crimes during her career path, but Marsh is surprised by the emergence of a new sadistic information criminal on The arena to prove otherwise, the criminal is a murderer who publishes live snapshots of the killings on the internet sites here allowing his fans to participate in his sadistic crimes … but it is now up to Marsh and her team to arrest the killer and an end to his abnormal method in the murders.
About the movie Untraceable
Year of production: January 25, 2008
Rating: 7.2
Directed by: Gregory Hoblett
Film classification: Action, Crime, Thriller
Show duration: 100 minutes
The film’s original language: English
Photography locations: United States
Screenplay: Alison Burnet
Casting: Diane Lin, Colin Hanks, Birla Hanae Garden
To see the movie trailer, click here
To see the movie, click here
hacking and cybercrime movies
hacking and cybercrime movies

About the film I.T.
Year of production: September 9, 2016
Rating: 5.5
Directed by: John Moore
Film classification: thriller, crime movie
Show duration: 95 minutes
The film’s original language: English
Filming locations: USA, Ireland, France, Denmark
Screenplay: Dan Kay, William Fisher
Starring: Pierce Brosan, Stephanie Scott, James Fresheville, Anna Fryle
An excerpt from the film I.T.
The film’s story revolves around Mike Reagan, who owns everything he desires from a beautiful family and a well-equipped house at the highest level, but his company, which he owns, is on the verge of a cat’s journey that ends or may last forever. His daughter and family are also being attacked by a group of hackers in their lives.
To see the movie, click here
Hacking and spying
Eagle Eye movie
Year of production: September 26, 2008
Rating: 6.6
Directed by: Dr. C. Caruso
Film classification: Action, Action, Mystery
Duration: 118 minutes
The film’s original language: English
Photography locations: Long Beach California, Florida, Chicago
Screenplay: John Glen
Starring: Shia LaBeouf, Michelle Monaghan, Rosario Dawson, Billy Bob Thornton
Extract from Eagle Eye
The movie begins with events about “Jerry” and “Rachel” who meet with each other through a mysterious phone call from a woman who they never met. A fortune in his bank account and weapons in his apartment, and here the excitement begins in the movie.
To see the movie, click here
Hacking and spying
About the Open Windows movie
Year of production: July 4, 2014
Rating: 5.2
Directed by: Nacho Figalondo
Film classification: Thriller, Crime, Fantasy Movie
Show duration: 100 minutes
The original language of the film: English, Spanish, French
Filming locations: Spain, United States
Screenplay: Nacho Figalondo
Casting: Sasha Gray, Elijah Wood, Nacho Figalondo, Neil Maskell.
Extract from the Open Windows movie
The story of the movie talks about a young man, “Nick Chambers”, who is obsessed with actress “Jill Goddard”, to smile on his luck after winning a competition through the Internet. The prize is his presence to dinner accompanied by Jill Goddard. Nick has banned electronic programs who can spy on Jill Goddard’s computer, but the latest film is complicated and Nick’s life is turned upside down after discovering that Kurd is not really trying to help him. He just wants to involve him in a very big problem.
To see the movie, click here
The Fifth Estate
Year of production: October 11, 2013
Rating: 6.2
Directed by: Bill Condon
Film classification: Thriller, Drama
Show duration: 128 minutes
The film’s original language: English
Filming locations: Germany, Switzerland, United States
Screenplay: Josh Singer
Starring: Benedict Cumberbatch, Dan Stephens, Alicia Vikander, Daniel Bruhl
Extract from The Fifth Estate
The film revolves around the life of Julian Assange, the founder of “WikiLeaks”, the most famous man in the world who managed to put the strongest countries in the world in his pocket despite the armies and weapons of these countries, which made them strike enough to stop what happened.
To see the movie, click here
Hacking and spying
CategoryEntertaining movies Penetration and protection Uncategorized
TagsEntertaining movies Penetration and protection

We use cookies on our website to give you the most relevant experience by remembering your preferences and repeat visits. By clicking “Accept All”, you consent to the use of ALL the cookies. However, you may visit "Cookie Settings" to provide a controlled consent.
Cookie SettingsAccept All
Manage consent

This website uses cookies to improve your experience while you navigate through the website. Out of these, the cookies that are categorized as necessary are stored on your browser as they are essential for the working of basic functionalities of the website. We also use third-party cookies that help us analyze and understand how you use this website. These cookies will be stored in your browser only with your consent. You also have the option to opt-out of these cookies. But opting out of some of these cookies may affect your browsing experience.
Necessary Always Enabled
Necessary cookies are absolutely essential for the website to function properly. These cookies ensure basic functionalities and security features of the website, anonymously.
Functional
Functional cookies help to perform certain functionalities like sharing the content of the website on social media platforms, collect feedbacks, and other third-party features.
Performance
Performance cookies are used to understand and analyze the key performance indexes of the website which helps in delivering a better user experience for the visitors.
Analytics
Analytical cookies are used to understand how visitors interact with the website. These cookies help provide information on metrics the number of visitors, bounce rate, traffic source, etc.
Advertisement
Advertisement cookies are used to provide visitors with relevant ads and marketing campaigns. These cookies track visitors across websites and collect information to provide customized ads.
Others
Other uncategorized cookies are those that are being analyzed and have not been classified into a category as yet.
SAVE & ACCEPT